There is no Beer in Hawaii 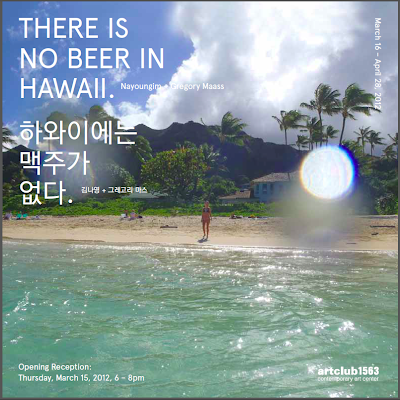 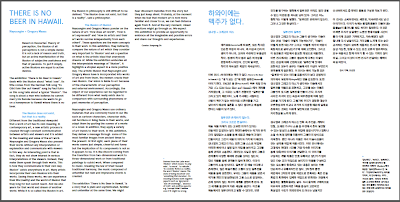 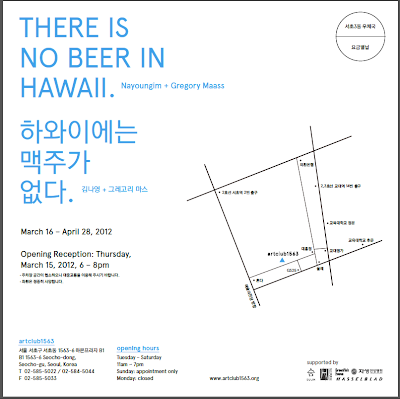 
„There is no beer in Hawaii!“ is a show of the artist duo Nayoungim & Gregory Maass at Artclub 1563.
These two artists work together as a collaborative duo since 2004.
They are known for their distinctive installation works in a heated production climate in between ready-made and sculpture, found objects and manual skill. They also run KIM KIM GALLERY, which transmutates the concept of gallery into an art form.

The show title “There is no beer in Hawaii!” is a German schlager song, performed by the Paul Kuhn in 1963.
The singer laments that he can not marry his sweetheart, because she wants to honeymoon in Hawaii, where there is no beer!

Gregory Maass & Nayoungim´s production is as rampantly proliferating and as apparently aim-as well as effort-less as can be, engulfing the viewer into an abysmal play of ambivalences. Touching several kinds of irony, their installation art works on themes ranging from the color “brown” to, in this case, the island of Hawaii, using them loosely as a guideline for a systematic saturation of the visual and linguistic rhetoric and utilize the title as a work of art apart from the work itself. They will exhibit a self-reflective installation building on Neo-DADA and Fluxus and Pop Art zapping from Concept to Minimal and back. Among many things the Venus of Willendorf will meet the industrial age, hair dos will transcend the surf, bedside tables will become mock-tv sets, a yellow ceramic bust of a snorting man reflect on figurative representation and manual skill.

We have to attest that Nayoungim & Gregory Maass pursue Art with a capital “A” without camouflage in unpretentious ever greater leaps.
시간: 2/21/2012